In the frugal provincial barbers’ shops of today remain rectangular mirrors clouded up by time, old squeaky chairs, and rusty implements. But only half a century ago the barber’s was the preferred meeting place of gentlemen. A discreet place, a place to freely discuss one’s affairs and ideas. And there was music, there was coffee, and there were the eccentric anecdotes of the dependable barber. The barber’s was, to put it briefly, the nerve point of the village. The idea behind the show is to recreate the atmosphere of those not-too-distant times when the barber used to sing, play music, serve up drinks, give advice… in a word, entertain his guests. And, of course, he also shaved and cut hair. In the game, the stage is none other than the barber’s shop itself, animated by three aspiring barbers, and the stalls a large waiting room. The audience all around defines the spatial confines and at the end rises to form an integral part of the room itself, that is, of the show. The show plays on the waiting time. The barbers awaiting a customer who swindle time by competing with one another in singular demonstrations of ability. Also the spectator is waiting, and, all things considered, can only ‘fear the worst’. A waiting which adulterates a deeper identity crisis, since ‘being barbers’ means ‘having a customer’ just as ‘being actors’ means ‘having an audience’. Shamans and doctors, genuine artists of the scalp determined to sort out any problem to a chorus of lotions, the barber/musicians proudly show off their gestural talent… confident that the customer will leave clean and smooth-faced, with body regenerated and spirit elevated. 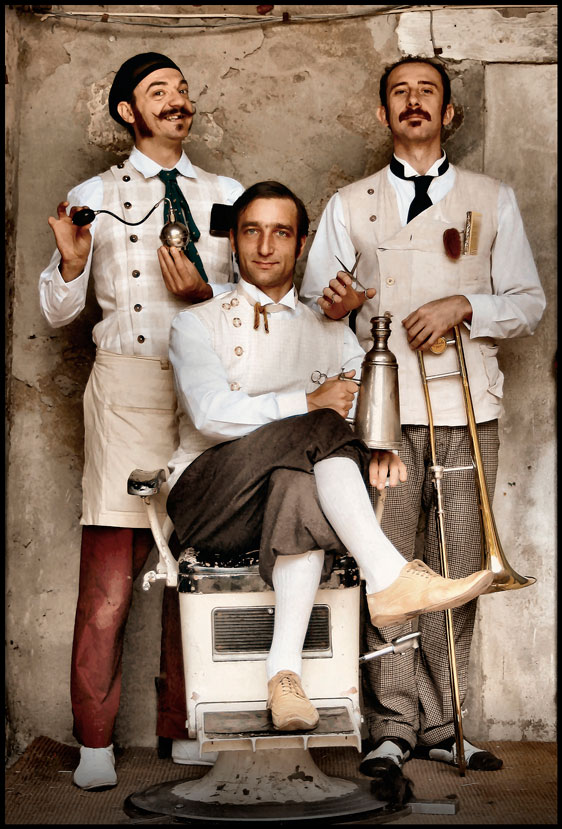 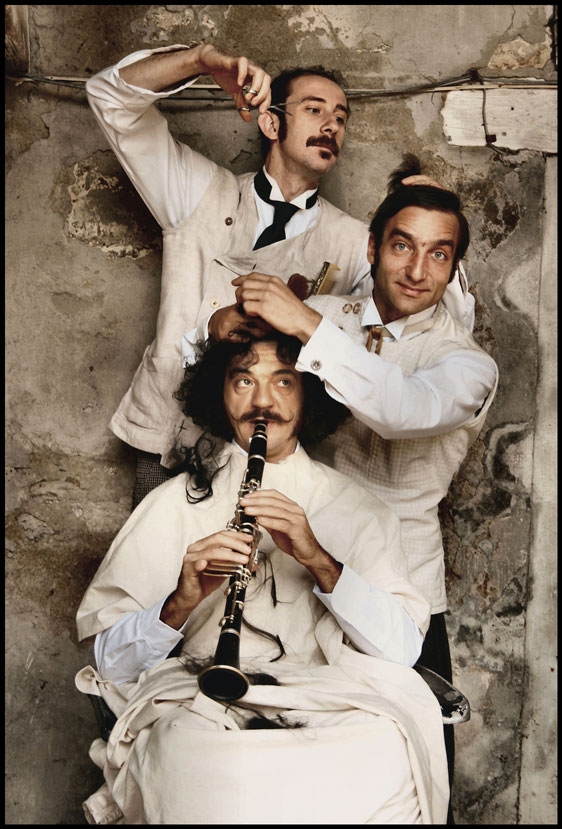 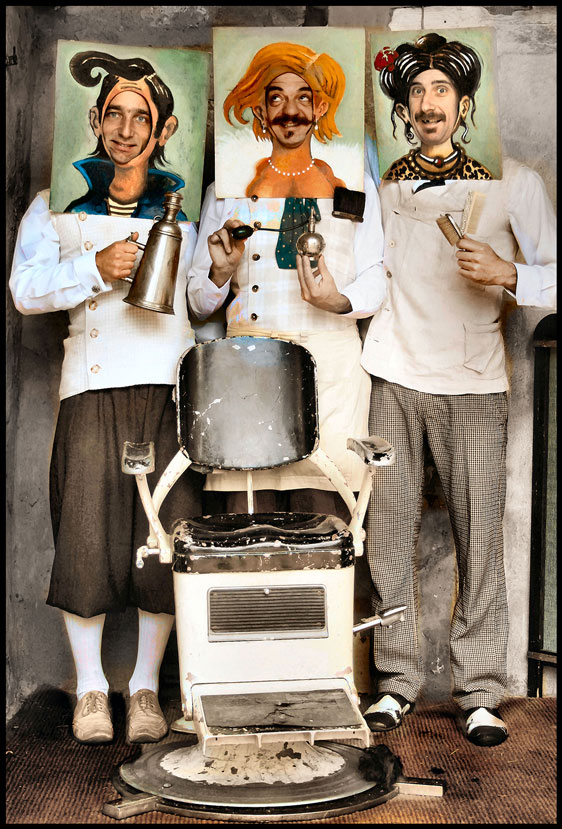 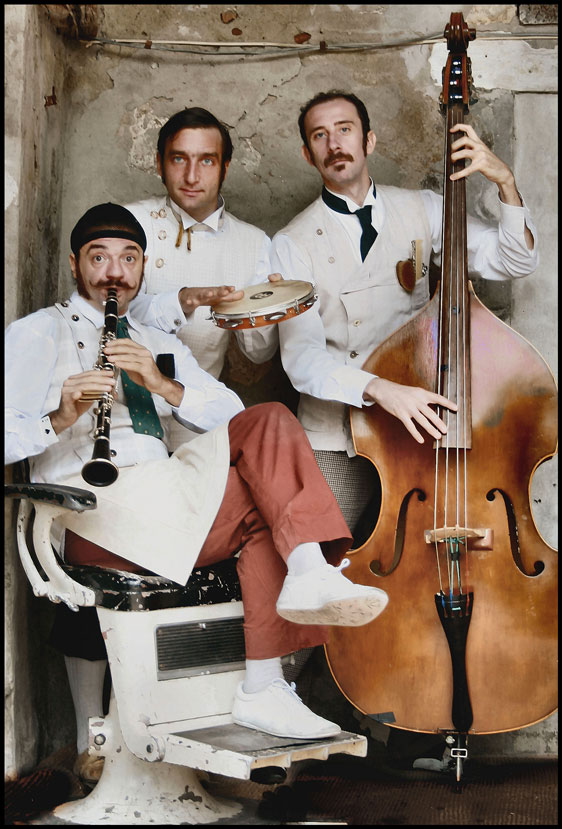